How to Encourage Language Development and Boost Your Baby’s Speech

In this article: hide
Why Is Baby Talk Good for Baby’s Brain?
Babies Love Listening to Other Babies
Babies Can Learn from Listening to Words in Other Languages
Language Development and Speech Milestones
0-3 months
3-6 months
6-12 months
12-18 months
18-24 months
2-3 years
3-4 years
4-5 years
5 years
What Can Parents Do to Help Their Baby Develop Speech?
When to Seek Medical Attention?
Final Words
Reading time: 6 minutes

Speech delay in toddlers is a common problem nowadays. However, not many parents know that your baby language development starts from the moment your baby is born.

You talk to your baby. Always. You’ve sung him/her a song when he/she was inside your belly. You’ve stroked him/her and talked to him/her when he/she was born. You are playing the ‘peek-a-boo’ game and talking to him/her when changing his/her diaper or bathing. You whisper and murmur and hum when rocking and getting him/her to sleep. And when your baby gurgles and babbles, and coos happily, you repeat those sounds, mimicking the tone. It’s very entertaining, isn’t it? But it’s also extremely important for baby brain development!

This cute little head just sponges those tones, sounds, and the language he/she will use when saying her first words. And parents play a huge role here as the more they speak with their baby, the higher the chance that stronger conversational and language skills will form if compared to kids whose parents don’t speak to them often.

Experts claim that the best way to speak to your baby is using baby talk, which is a singy-songy way like “My sweeety, how are youuuu todaaaay?” The intonation may seem funny but this is the way language develops in your child.

Why Is Baby Talk Good for Baby’s Brain?

Have you ever noticed that infants usually pay more attention to adults who use baby talk and respond more willingly than during a normal ‘adult’ conversation? This is because this high-pitched and exaggerated tone of your voice just lights up the baby’s mind and makes him more cheerful.

Baby talk has serious advantages that among others include a boost in early language development and learning which becomes more noticeable when babies grow. Experts from the University of Connecticut and the University of Washington have made interesting research. They collected thousands of 30-second talks between parents and their little babies, placing audio-recording vests on 26 babies which captured sound and language 8 hours a day. Then experts used special software to analyze and count times when and how often parents used baby talk.

In April 2014 the study at Developmental Science concluded that the more baby talk they heard from their parents, the faster babies started babbling, which consequently had amusing results at an older age. So when the scientists checked in with these babies at age of two, they were surprised at how significantly frequent baby talk had boosted the baby’s vocabulary, regardless of the socioeconomic status of their parents. Toddlers aged two who had heard lots of baby talk knew 433 words on average, while those kids whose parents were more silent knew around 169 words. Looks amazing, doesn’t it?

Babies Love Listening to Other Babies

Another study as of March 2015 conducted by scientists from Université du Québec à Montréal and McGill University concluded that babies like listening to other babies talking much more than to adult conversation. It was an interesting discovery. Babies can’t say what they are thinking of, and that is why researchers formed a method that helped them to determine kids’ preferences. They had a special device play a range of repeating vowels that mimicked the sounds produced by either another baby or a woman.

Then the researchers estimated for how long every type of sound held babies’ attention and observed that the “baby” sounds held their attention for around 40% longer time. This also led to increased reactions in babies who were listening to these sounds, such as lip moving and smiling. SO the researchers concluded that such an attraction to sounds made by other babies may help induce learning and further development of speech.

Babies Can Learn from Listening to Words in Other Languages

It’s the sounds of their native language that help babies build their vocabularies. Even if they don’t understand the words yet, some exaggerated sounds of baby talk were proven to help baby’s brain model the motor and mouth movements before they start speaking and practice some early sounds.

Another interesting study as of July 2014 that was published in Proceedings of the National Academy of Sciences showed interesting results. Scientists had 57 babies placed into a brain-activation scanner and listen to a range of syllables from their native (English) and non-native (Spanish) language. The equipment recorded brain activity in those areas of the brain which are responsible for producing speech.

Thus, the study concluded that when infants listen to baby talk, their brains start developing faster and they may start practicing language skills earlier.

It’s no secret that every child starts speaking at his/her own time and pace. Despite that, there are general milestones that can be some sort of a guide for parents to track their babies’ progress and see problems when developing language in toddlers. Also, these milestones help healthcare professionals observe whether the baby has any issues and needs medical assistance.

What Can Parents Do to Help Their Baby Develop Speech?

There are ways parents can encourage baby speech development, and we have compiled a list of the most entertaining and fun activities that promote learning:

When to Seek Medical Attention?

Consult a healthcare professional if:

To boost your baby’s language development all you have to do is just talk. Talk about everything you see. Talk about everything you do. Read books together, sing songs, make up stories. Teach your little one to imitate animal sounds and simple actions like clapping his/her hands and tapping his/her feet. Show your baby that you are very happy and joyful when he/she speaks as this will encourage more talk. Listen to the sounds your child is making and repeat them. Use baby talk but don’t overdo it when your baby is getting older. Just remember that kids learn by imitating us, the parents.

All the recommendations and tips listed here are based on the information provided by a range of highly respected institutions, among which are CDC (Centers for Disease Control and Prevention) and AAP (the American Academy of Pediatrics).

Natalie has got her degree from Stanford University and has helped many families and children who had various problems. Now she is a mom to a smart little girl and also a dedicated writer. She is a real expert in everything that concerns baby psychology and development. Natalie adores sports, traveling, and Italian cuisine and loves being useful and helping people to make this world a better place. 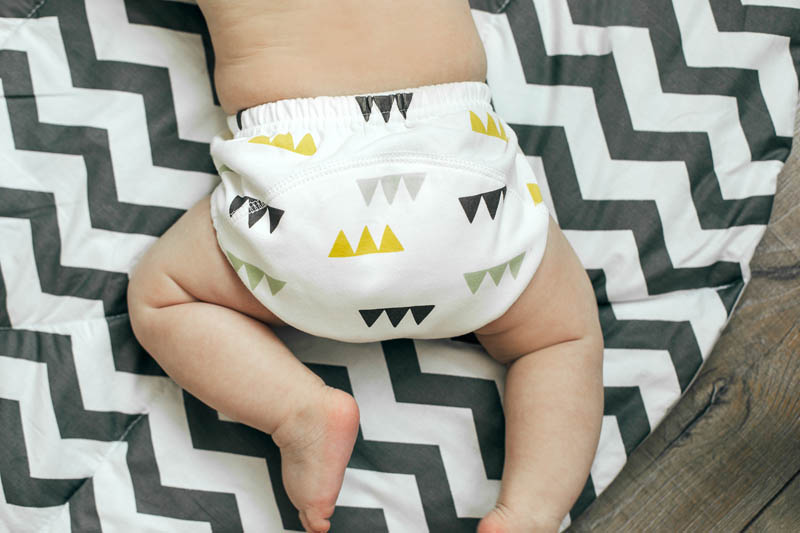 Although cloth diapering remains somewhat unpopular, having increased by 6 percent since 2013, it is nonetheless a worthy alternative. No, it’s not because Millennial parents… Read More »5 Best Cloth Diapers for Newborns in 2022 and How to Choose Them 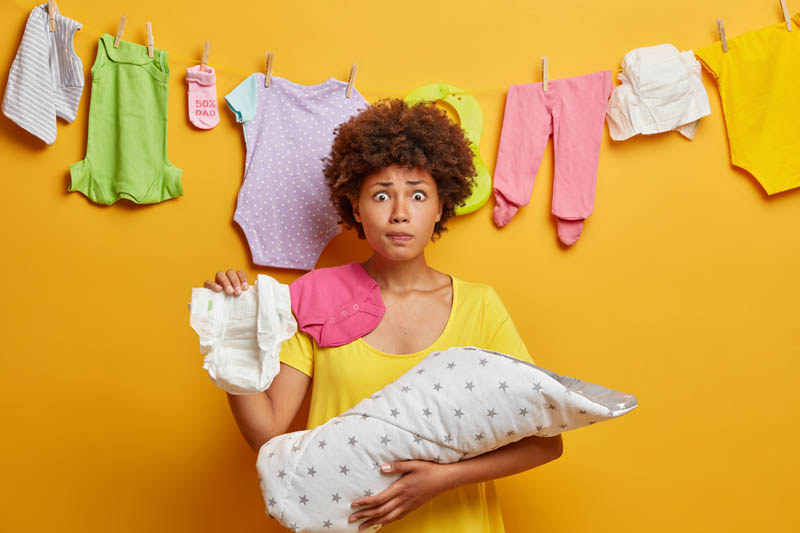 Although there are loads of items that can be added to a baby registry to make the lives of parents easier, diapers take first place… Read More »Best Diapers for Baby Under 2 in 2022 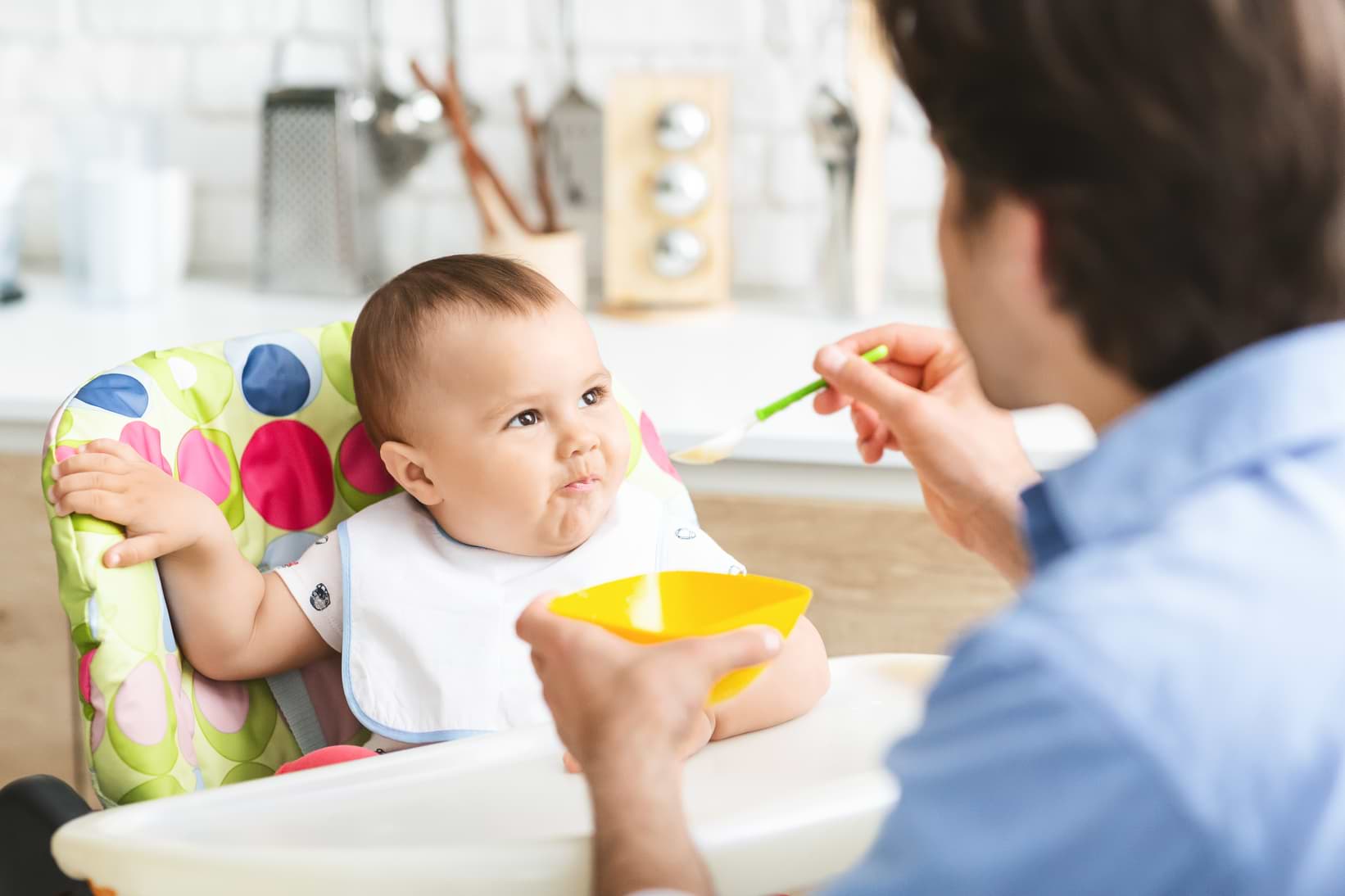 How to Start Solid Foods? Extensive Guide on the Topic That Causes Concern

Eating solid foods is an important step in your baby’s development even though it may bring a lot of hassle. But it’s definitely worth it.… Read More »How to Start Solid Foods? Extensive Guide on the Topic That Causes Concern 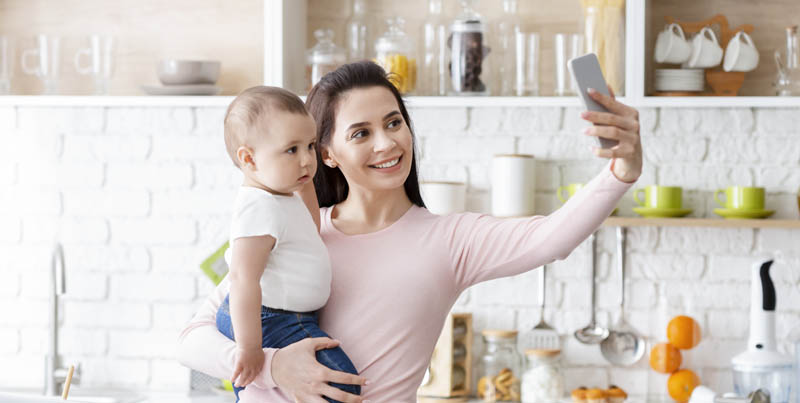 Social media are an important part of the lives of millennials. According to the statistics provided by the Pew Research Center, 88% of respondents aged 18-24 use at least two social networks every day. All our life… Read More »SHARENTING: Stunning Consequences of Sharing Your Child’s Photos Online 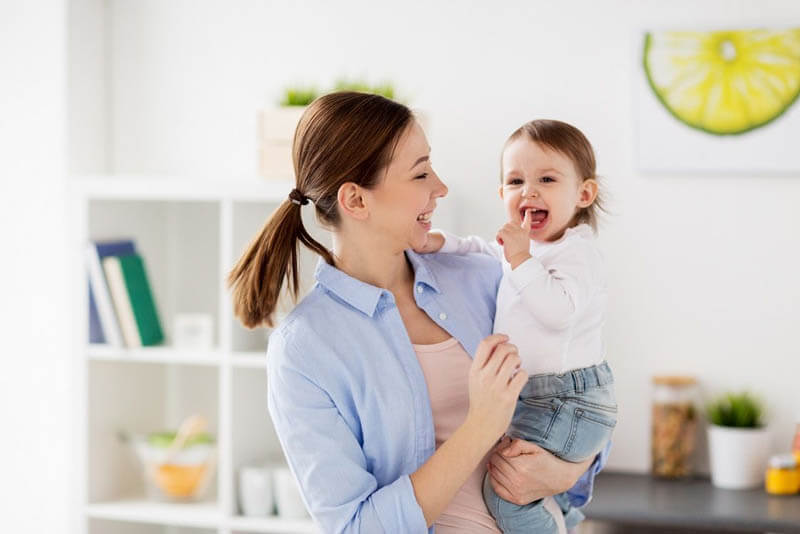 When Do Baby Teeth Come In? All You Ever Wanted to Know

Are you looking into your baby’s mouth every day trying to find those long-awaited white pearls? Are you asking everyone “When do baby teeth come… Read More »When Do Baby Teeth Come In? All You Ever Wanted to Know 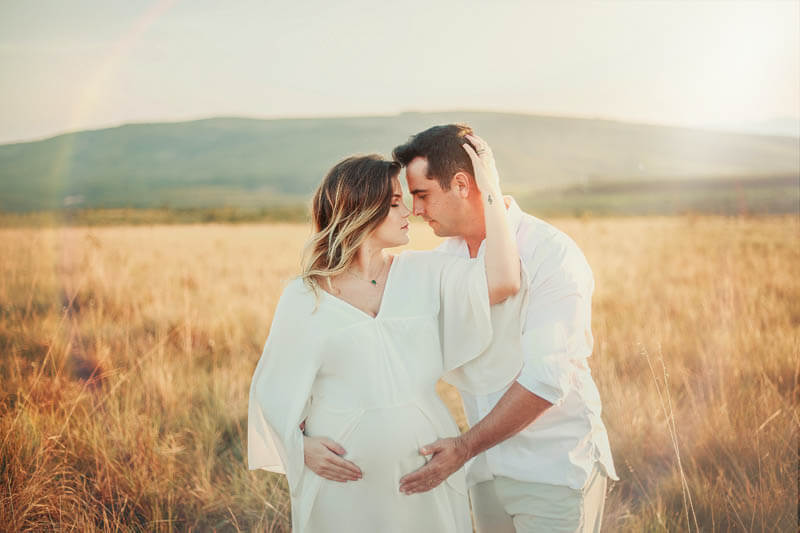